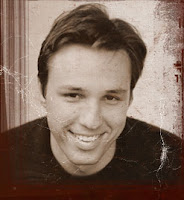 In support of the AUSSIE AUTHOR READING CHALLENGE I’m hosting in 2010 (sign-up here) I will be posting a series of articles highlighting great Aussie Authors and their books you may be interested in. Today I’m putting the spotlight on MARKUS ZUSAK.
Markus Zusak was born in Australia in 1975 to an Austrian father and German mother. He is the youngest of four children. Zusak writes in the young adult genre.

Why did he become a writer?

“When I was growing up, I wanted to be a house painter like my father, but I was always screwing up when I went to work with him. I had a talent for knocking over paint and painting myself into corners. I also realized fairly quickly that painting bored me. When I was a teenager, I read some books that brought me totally into their worlds. One was The Old Man and the Sea and another was What’s Eating Gilbert Grape. When I read those books, I thought, ‘That’s what I want to do.’ It took seven years to get published and there were countless daily failures, but I’m glad those failures and rejections happened. They made me realise that what I was writing just wasn’t good enough – so I made myself improve.” – Markus Zusak, Random House Q&A; 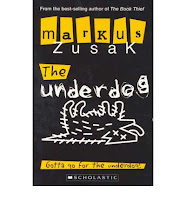 After beginning writing at the age of 16, his first book The Underdog was published seven years later.

The Wolfe brothers, Cameron and Ruben, are a couple of low achievers from the suburbs who are desperate to be winners like their older brother Steve. Cameron dreams, falls in love with Rebecca, and then realises that he’s a fighter, not a loser. Ages 13+ years.

He then followed that up with a sequel, Fighting Ruben Wolfe, in 2001. And then a sequel to that called Getting the Girl in 2002.

In 2002, Zusak’s internationally acclaimed I Am The Messenger was published.

Meet Ed Kennedy—underage cabdriver, pathetic cardplayer, and useless at romance. He lives in a shack with his coffee-addicted dog, the Doorman, and he’s hopelessly in love with his best friend, Audrey. His life is one of peaceful routine and incompetence, until he inadvertently stops a bank robbery. That’s when the first Ace arrives. That’s when Ed becomes the messenger. . . .
Chosen to care, he makes his way through town helping and hurting (when necessary), until only one question remains: Who’s behind Ed’s mission?
I am the Messenger is a cryptic journey filled with laughter, fists, and love.

Read an excerpt from I Am The Messenger.

In 2006 Zusak’s most famous work to date, The Book Thief, was published internationally. 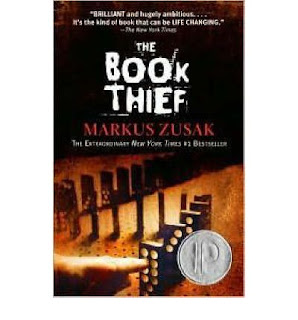 It’s just a small story really, about among other things: a girl, some words, an accordionist, some fanatical Germans, a Jewish fist-fighter, and quite a lot of thievery. . . . Set during World War II in Germany, Markus Zusak’s groundbreaking new novel is the story of Liesel Meminger, a foster girl living outside of Munich. Liesel scratches out a meager existence for herself by stealing when she encounters something she can’t resist–books. With the help of her accordion-playing foster father, she learns to read and shares her stolen books with her neighbors during bombing raids as well as with the Jewish man hidden in her basement before he is marched to Dachau. This is an unforgettable story about the ability of books to feed the soul.

Read an excerpt from The Book Thief

Here’s a link to the transcript of an interview with Zusak about The Book Thief.

In this video of an interview with The Guardian (UK) at the Hay Festival in 2009, Markus explains why he decided to use Death as the narrator in The Book Thief and why he’s not keen for his publishers to see the way he works.

Both I Am The Messenger and The Book Thief were Michael L. Printz Honor books (US).

THE MOVIE: According to IMDB a movie based on The Book Thief is ‘in development’ but at the date of writing no release date was publically available…

What’s next? It’s been sometime since The Book Thief was published and his fans around the world are eagerly awaiting the release of his next novel, titled Bridge of Clay which is slated for release on 14 September 2010.

Here is a link to another great interview of Zusak’s with The Guardian.co.uk covering topics such as what books were his favourite growing up, his thoughts on the secret to writing and his advice for new writers, along with his explanation of what ‘Bridge of Clay’ is about….

“I’m writing a book called Bridge of Clay – about a boy building a bridge and wanting it to be perfect. He wants to achieve greatness with this bridge, and the question is whether it will survive when the river floods. That’s all I can say about it for now – not out of secrecy, but you just don’t know what direction a book is going to take, no matter how well you’ve planned.” Zusak, March 2008

Zusak lives in Sydney with his wife and daughter. He enjoys surfing and watching movies in his spare time.

A selection of reviews of Markus Zusak’s titles by other book bloggers:
I Am The Messenger – Vagabondia
The Book Thief  – The Reading Life
The Book Thief – Rhapsody in Books