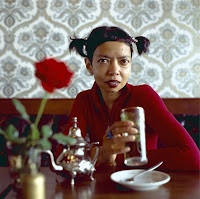 In support of the AUSSIE AUTHOR READING CHALLENGE I’m hosting in 2010 (sign-up here) I will be posting a series of articles highlighting great Aussie Authors and their books you may be interested in. Today I’m putting the spotlight on MICHELLE DE KRETSER.

De Kretser was born in Sri Lanka and emigrated to Australia with her family in 1972 when she was 14. Michelle studied French at Melbourne University, and then spent a year teaching in Montpellier before doing an MA in Paris. De Kretser worked for many years as an editor at Lonely Planet Publications and was responsible for setting up their French series. From 1989 to 1992 she was a founding editor of the Australian Women’s Book Review. 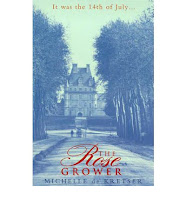 Set at the start of the French Revolution, a woman’s private passion is her search to create a repeat-flowering crimson rose. An American falls in love with her sister and she is torn between ethics, reason, revolutionary zeal and unrequited love.

In 2003 her second book, The Hamilton Case, was published. 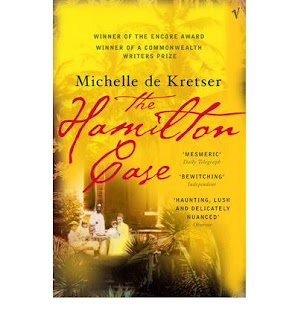 The place is Ceylon, the time the 1930s. Set amid tea plantations, corruption and the backwash of empire, this gripping novel has a pitch-perfect ear for the comedy and a sharp eye for the tragedy of a world at the end of its tether. Sam Obeysekere – ‘obey’ by name and by nature – is a Ceylonese lawyer, a perfect product of empire. His family once had wealth and influence but starts to crack open as political change comes to the island, and Sam’s glamorous father dies leaving gambling debts. And at the heart of the novel is the Hamilton case, a murder scandal that shakes the upper echelons of island society. Sam’s involvement in it makes his name but sets his life on course for disappointment.

The Hamilton Case was the winner of the Tasmania Pacific Fiction Prize 2005, the Encore Award 2004 (UK), the regional winner of the 2004 Commonwealth Writers Prize (Southeast Asia and Pacific) and the Frankfurt Literaturpreis 2007. It was also long listed for the IMPAC Dublin Literary Award 2005.

De Kretser’s latest novel, The Lost Dog, was released in 2007. 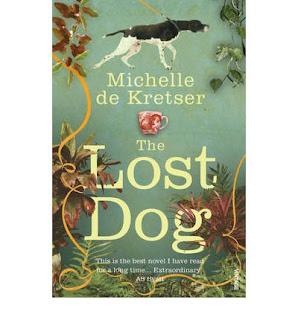 Tom Loxley is holed up in a remote cottage in the bush, trying to finish a book on Henry James and the Uncanny when his dog goes missing, trailing a length of orange twine, tied with firm knots. Tom’s lonely childhood in India taught him to tie knots but not to hold on …The house belongs to Nelly Zhang, an elusive artist with whom Tom has become enthralled. The narrative spans ten days while Tom searches for his dog …and loops back in time to take the reader on a breathtaking journey into glittering worlds far beyond the present tragedy, from an Anglo-Indian childhood to the brittle contemporary Melbourne art scene, from Tom’s scratchy, unbearably poignant relationship with his ailing mother to the unanswered puzzles in Nelly’s past – her husband also disappeared in the bush. And the reader fears for Tom as well as for the dog. Set in present-day Australia and mid-20th century India, here is a haunting, layered work that vividly counterpoints new cityscapes and their inhabitants with the untamed continent beyond. With its atmosphere of menace and an acute sense of the unexplained in any story, it illuminates the collision of the wild and the civilised, modernity and the past, home and exile. “The Lost Dog” is a mystery and a love story, an exploration of art and nature, a meditation on ageing and the passage of time. It is a book of wonders: a gripping contemporary novel which examines the weight of history as well as different ways of trying to grasp the world.

Praise for The Lost Dog:

“Ruminative and roving in form, an intense, immaculate…novel.” (Kirkus Reviews )

To watch a Slow TV video of Michelle de Kretser discussing her writing, in particular her novel The Lost Dog, with Gail Jones at the Sydney Writers’ Festival in May 2008 CLICK HERE .

I’ve read mixed reviews about The Lost Dog, but I’m going to give it a go…