Mimi by Lucy Ellmann is filled with laugh-out-loud moments where political correctness flies out the window and then gets hit by a bus. It’s Christmas Eve in Manhattan. Harrison Hanafan, noted plastic surgeon, falls on his ass. ‘Ya can’t sit there all day, buddy, looking up people’s skirts!’ chides a weird gal in a coat like a duvet. She then kindly conjures the miracle of a taxi. While recuperating with Franz Schubert, Bette Davis, and a foundling cat, Harrison adds items to his life’s work, a List of Melancholy Things (puppetry, shrimp-eating contests, Walmart…) before going back to rhinoplasties, liposuction, and the peccadilloes of his obnoxious colleagues.

Then Harrison collides once more with the strangely helpful woman, Mimi, who bursts into his life with all her curves and chaos. They soon fall emphatically in love. And, as their love-making reaches a whole new kind of climax, the sweet smell of revolution is in the air.

By turns celebratory and scathing, romantic and dyspeptic, Mimi is a story of music, New York, sculpture, martinis, public speaking, quilt-stealing, eggnog and, most of all, love. A vibrant call-to-arms, this is Lucy Ellmann’s most extraordinary book to date.

With the mention of Berlusconi in the opening paragraph (yes, I am referring to the former Italian Prime Minister known for inappropriateness), you quickly realise there is something distinctly different about this novel. The sheer audacity of the story and at times prose is at the outset utterly captivating.

Ellmann’s prose is not just lyrical, it’s musical. Just like the characters themselves, the writing is bold and brash and in turn refreshing and exciting to read.

It was at this point that I slipped on the ice at the corner of Madison and 36th, thereby transplanting myself in an instant from the realm of the lofty, vertical and intellectual to that of the lowly and prostrate. I blame the sun in my eyes. I slalomed for half a block, trying to grab hold of fire hydrants, golden poles and other injurious ironmongery, along with the recoiling calves of fellow pedestrians, my well-iced ass drawing me ever closer to the Christmas Eve traffic, that herd of hopeless hurling themselves towardd family get-togethers or finally giving in on the purchase of some exorbitant toy.

Mimi is filled with laugh-out-loud moments where political correctness flies out the window and then gets hit by a bus. I enjoy boundaries being pushed, but after a while I found the level of profanity and increasingly gratuitous nature of it wearing.

There really is truth in the adage ‘there can be too much of a good thing’. For example, Ellmann’s penchant for lists — long ones — although initially intriguing, became tiring. When her characters started expounding extreme feminist dogma she began to lose me. I love weird, I love quirky, but I don’t like being shouted at. And, towards the end of this novel that is what it felt like as a reader.

That said, there were also some surprisingly touching moments to be found amongst the farce and slapstick. And I think that brings me back to my conundrum with this novel. There were countless moments of brilliance where Ellmann’s authorial spark shines brighter than most. But, the grouping of those elements to form the package that is Mimi was not the success that I had hoped for.

I’d recommend Mimi only to those who like their literature experimental, and a little bruising.

However if like me, you prefer your boundary-flexing and quirky literary titles slightly gentler, I’d recommend Andrew Sean Greer’s Pulitzer-winner ‘Less’, Lucy Ives ‘Impossible Views of the World’ and Elizabeth McKenzie’s ‘The Portable Veblen’.

Mimi is available from:

About the Author, Lucy Ellmann

Born in Illinois, Lucy Ellmann was dragged to England as a teenager. Her first novel, Sweet Desserts, won the Guardian Fiction Prize. It was followed by Varying Degrees of Hopelessness, Man or Mango? A Lament, Dot in the Universe and Doctors & Nurses. She now lives in Edinburgh. Her 2019 fiction release Ducks, Newburyport was shortlisted for the 2019 Booker Prize, Goldsmiths Prize and Saltire Fiction Book of the Year Award.

Other reviews of Mimi: The Telegraph |  The Guardian | All The Books I Can Read | Sam Still Reading

* Receiving this title free from Bloomsbury did not impact my ability to express my honest opinions in the review above. 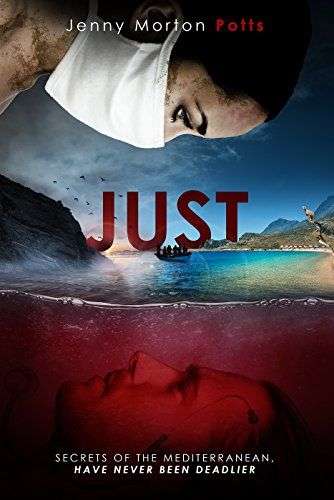