Here are just a few of the titles being released in February 2015, or very late January, in Australia that have caught my eye.

If these titles are being published elsewhere at a later date, I’ve provided links to that information. Maxwell is living his worst nightmare when he begins to question whether his fiancee Imogen is his own blood sister, separated by adoption. A visit to Imogen’s birthplace in Cambridge stirs up deja vu that intensifies his fears.While Detective Chief Inspector Morris Keene languishes at home, struggling with a debilitating injury and post-traumatic stress, his former partner Detective Inspector Chloe Frohmann is following a suicide case in which Morris’ daughter Dora is suspected of assisting the death. When buried skeletons are discovered next to an old barn, the suicide is linked back to Imogen’s childhood, revealing horrors of the past and new dangers in the present.

Read my review of Winslow’s previous novel featuring Keene and Frohmann, The Start of Everything. A whip-smart, impeccably crafted debut mystery that takes readers on a whirlwind tour of London and Paris with an unforgettably original new heroine.

It’s just another day at the office for London book editor Samantha “Sam” Clair. Checking jacket copy for howlers, wondering how to break it to her star novelist that her latest effort is utterly unpublishable, lunch scheduled with gossipy author Kit Lowell, whose new book will dish the juicy dirt on a recent fashion industry scandal. Little does she know the trouble Kit’s book will cause-before it even goes to print. When police Inspector Field turns up at the venerable offices of Timmins & Ross, asking questions about a package addressed to Sam, she knows something is wrong. Now Sam’s nine-to-five life is turned upside down as she finds herself propelled into a criminal investigation. Someone doesn’t want Kit’s manuscript published and unless Sam can put the pieces together in time, they’ll do anything to stop it. Celia, Marcia, and Mickey meet and become friends in London. Searching for work and success in the theatre, they end up sharing a flat and a deep bond of friendship. Set in Italy, London and Australia from the sixties to current times, Trio is the story of their complex personalities and relationships, of the betrayals and desires that threaten to undermine what is in hindsight most important to them. London is vibrantly alive in these pages, filled with music and drama, as is eighties and contemporary Perth, Australia, and Calabria, Italy. But at its heart this is a novel about love and friendship, loss and memory; about three unforgettable characters, and the special moments in all our lives that, through perceived hurt or fear, sometimes threaten to fall away and be lost forever.

In this, her fourth novel, Geraldine Wooller captures with masterful wit and intelligence, and without a hint of sentimentality the essence of the human predicament. From a major new Greek writer, never before translated-a wide-ranging, muck-raking, beautifully written novel about the unsolved murder of an American journalist in Greece in the forties.

In 1948, the body of an American journalist is found floating in the bay off Thessaloniki. A Greek journalist is tried and convicted for the murder . . . but when he’s released twelve years later, he claims his confession was the result of torture. Flash forward to modern day Greece, where a young, disaffected high school student is given an assignment for a school project: find the truth.

Based on the real story of famed CBS reporter George Polk-journalism’s prestigious Polk Awards were named after him-who was investigating embezzlement of U.S. aid by the right-wing Greek government, Nikolaidou’s novel is a sweeping saga that brings together the turbulent Greece of the post-war period with the current era, where the country finds itself facing turbulent political times once again.

Told by key players in the story-the dashing journalist’s Greek widow; the mother and sisters of the convicted man; the brutal Thessaloniki Chief of Police; a U.S. Foreign Office investigator-it is the modern day student who is most affecting of them all, as he questions truth, justice and sacrifice . . . and how the past is always with us. The moment just before Radar Radmanovic is born, all of the hospital’s electricity mysteriously fails. The delivery takes place in total darkness. Lights back on, the staff sees a healthy baby boywith pitch-black skinborn to the stunned white parents. No one understands the uncanny electrical event or the unexpected skin color. A childbirth is an explosion,” the ancient physician says by way of explanation. Some shrapnel is inevitable, isn’t it?”

A kaleidoscopic novel both heartbreaking and dazzling, Reif Larsen’s I Am Radar begins with Radar’s perplexing birth but rapidly explodes outward, carrying readers across the globe and throughout history, as well as to unknown regions where radio waves and subatomic particles dance to their own design. Spanning this extraordinary range with grace and empathy, humor and courage,I Am Radar is the vessel where a century of conflict and art unite in a mesmerizing narrative whole.

Deep in arctic Norway, a cadre of Norwegian schoolteachers is imprisoned during the Second World War. Founding a radical secret society that will hover on the margins of recorded history for decades to come, these schoolteachers steal radioactive material from a hidden Nazi nuclear reactor and use it to stage a surreal art performance on a frozen coastline. This strange society appears again in the aftermath of Cambodia’s murderous Khmer Rouge regime, when another secret performance takes place but goes horrifically wrong. Echoes of this disaster can be heard during the Yugoslavian wars, when an avant-garde puppeteer finds himself trapped inside Belgrade, while his brother serves in the genocidal militia that attacks Srebrenica. Decades later, in the war-torn Congo, a disfigured literature professor assembles the largest library in the world even as the country around him collapses. All of these stories are linked by Radarnow a gifted radio operator living in the New Jersey Meadowlands who struggles with love, a set of hapless parents, and a terrible medical affliction that he has only just begun to comprehend.

As I Am Radar accelerates toward its unforgettable conclusion, these divergent strands slowly begin to converge, revealing that beneath our apparent differences, unseen harmonies secretly unite our lives. Drawing on the furthest reaches of quantum physics, forgotten history, and mind-bending art, Larsen’s I Am Radar is a triumph of storytelling at its most primal, elegant, and epic: a breathtaking journey through humanity’s darkest hours only to arrive at a place of shocking wonder and redemption. In the heart of New York City, a group of artistic friends struggles with society’s standards of beauty. At the center are Barb and Lily, two women at opposite ends of the beauty spectrum, but with the same problem: each fears she will never find a love that can overcome her looks. Barb, a stunningly beautiful costume designer, makes herself ugly in hopes of finding true love. Meanwhile, her friend Lily, a brilliantly talented but plain-looking musician, goes to fantastic lengths to attract the man who has rejected her-with results that are as touching as they are transformative. To complicate matters, Barb and Lily discover that they may have a murderer in their midst, that Barb’s calm disposition is more dangerously provocative than her beauty ever was, and that Lily’s musical talents are more powerful than anyone could have imagined.

Part literary whodunit, part surrealist farce, The Unfortunate Importance of Beauty serves as a smart, modern-day fairy tale. With biting wit and offbeat charm, Amanda Filipacchi illuminates the labyrinthine relationship between beauty, desire, and identity, asking at every turn: what does it truly mean to allow oneself to be seen? In this new volume, Neil Gaiman pierces the veil of reality to reveal the enigmatic, shadowy world that lies beneath. Trigger Warning includes previously published pieces of short fiction-stories, verse, and a very special Doctor Who story that was written for the fiftieth anniversary of the beloved series in 2013-as well as BLACK DOG, a new tale that revisits the world of American Gods. Trigger Warning is a rich cornucopia of horror and ghosts stories, science fiction and fairy tales, fabulism and poetry that explores the realm of experience and emotion. In Adventure Story-a thematic companion to The Ocean at the End of the Lane-Gaiman ponders death and the way people take their stories with them when they die. His social media experience A Calendar of Tales are short takes inspired by replies to fan tweets about the months of the year-stories of pirates and the March winds, an igloo made of books, and a Mother’s Day card that portends disturbances in the universe.

Gaiman offers his own ingenious spin on Sherlock Holmes in his award-nominated mystery tale The Case of Death and Honey. And Click-Clack the Rattlebag explains the creaks and clatter we hear when we’re all alone in the darkness. A writer whose creative genius is unparalleled, Gaiman entrances with his literary alchemy, transporting us deep into the realm of imagination, where the fantastical becomes real and the everyday incandescent. Trigger Warning engages the mind, stirs the heart, and shakes the soul. Neil Gaiman is one of the most original and popular literary artists of our day. 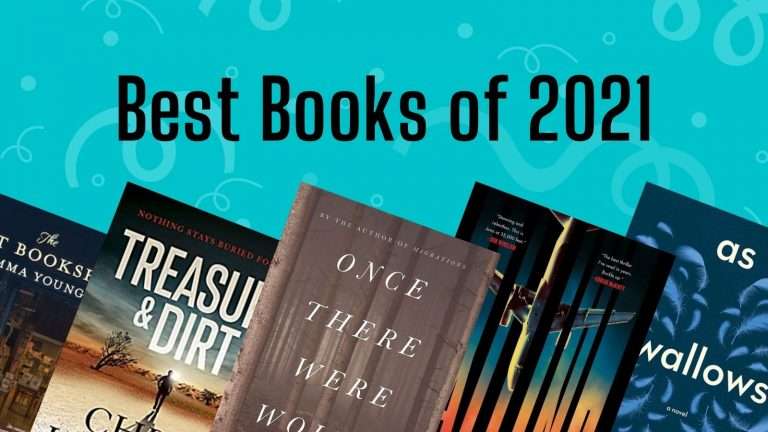