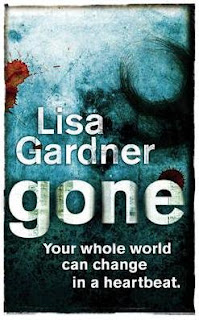 Ex-FBI profiler Pierce Quincy has just been thrown into his worst nightmare. A car has been found abandoned, engine running, purse on the driver’s seat – and his estranged wife, Rainie Conner, has disappeared…Did one of the ghosts from her troubled past finally catch up with Rainie? Or could her disappearance be the result of one of the cases they’d been working – a particularly vicious double homicide or the possible abuse of a deeply disturbed child Rainie took too close to heart?

Together with his daughter, FBI agent Kimberly Quincy, Pierce is racing against time, frantically searching for answers to all the questions he’s been afraid to ask. One man knows what happened that night – and his terms are clear: he wants money, power, celebrity. And if he doesn’t get them, Rainie will be gone for good… (The Book Depository)

I found this novel a bit of a conundrum. I really enjoyed the story itself. It was a solid mystery thriller, with great momentum, red herrings and plot twists galore. The story itself was a smart one and well formulated. The characters were reasonably well developed also. I also love the cover – that is what attracted me to this novel in the first place. There is something about it – it is moody.

So, what were my reservations? I just think this novel could have done with stronger editing. For instance certain phrases, presumably favourites of Gardner herself, were used multiple times with respect to and by multiple characters. I am probably being a little picky, but as an example, in the middle of a kidnapping it really broke the spell for me when the kidnap victim’s husband was described as ‘being jazzed’ during the hunt for the kidnapper. The term ‘jazzed’ was used a little too often in general for my liking.

Having declared my pickiness in regards to descriptors, I do need to stress that inspite of these issues I didn’t want to put the book down – hence my conundrum.

Other titles by Lisa Gardner include: Live to Tell

Have you ever had this issue – really enjoyed the story being told, but found elements of the writing style annoying/distracting?

Have you read this book and had a different experience?