The Hunter and Other Stories of Men Synopsis: Shortlisted for The Dorothy Hewett Award

A property developer fears that a burgeoning ibis population will prevent the construction of a high rise apartment complex; a bus stop outside a dementia care facility in Düsseldorf suffers its own identity crisis; a young man’s new job requires him to pose as a woodcutter and wave at a trainload of tourists; an aging, reclusive archivist becomes locked in a strange battle of wills with a courier; a backpacker in Israel has a bizarre religious experience.

In these award-winning stories, David Cohen explores the oddities of human behaviour with wit, affection and startling brilliance.

In this collection of short stories, David Cohen offers up different perspectives of, and heightened meaning from, the mundane. His focus, the collective oddities of human behaviour, particularly in the suburban setting. His finding, real life can so often be more strange than fiction.

Cohen’s conversational writing style tinged with subtle sarcasm and innate Australian irreverence is a pleasure to read. From the title story ‘The Hunter’, and a species of bird that has the audacity to impose themselves on habitats we’ve since claimed as our own,

The protestors aside, nobody reveres the ibis. On the contrary, we deplore their shameless scavenging. We recoil at the sight of their accordion necks. We are repelled by their black torn-stocking heads. The downturned bills give them an expression of perpetual dissatisfaction that we find unpleasant. All they do is eat and sleep and wander about, befouling the site with their excrement.

to the perils of bus patronage in ‘The Man Who Looked A Bit Like George Harrison’,

I’m listening to music against my will. It’s leaking from the headphones of the girl three seats in front of me on the 77 to Eight Mile Plains. Leaked headphone music is the passive smoke of bus travel, but there’s nothing I can do but sit there inhaling it through my ears.

this collection is peppered with wry and sometimes dark slants on the ordinary.

But looking past the humour, far more moving sentiments underly many of the stories centring on marginalised individuals. From the perspectives of those feeling disconnected from society via family breakdown, accident or illness, Cohen explores in thought-provoking ways the tendency toward obsession as their worlds become smaller (‘Shrinking’ and ‘Washing Day’) and the heartbreaking impacts of mental decline as we age (‘Lament of a Bus Stop outside the Benrath Senior Centre’ and ‘The Archive’).

The accessibility of Cohen’s prose and varied lengths, structures and characters in this 18 story collection make The Hunter and Other Stories of Men a pleasure to read in one sitting.

Get your copy of The Hunter and Other Stories of Men from:

* David Cohen recently shared with Booklover Book Reviews the story of how this story collection came to be published.

David Cohen grew up in Perth, Western Australia and now lives in Brisbane. His first novel Fear of Tennis won a Varuna/HarperCollins Manuscript Development Award and was published by Black Pepper. His short fiction has appeared in The Big Issue, Meanjin, Seizure, Tracks and elsewhere. In 2016 his short-story collection The Hunter was shortlisted for the inaugural Dorothy Hewett Award for an unpublished manuscript. His second novel Disappearing off the Face of the Earth was published by Transit Lounge in 2017.

Other reviews of The Hunter and Other Stories of Men

* My receiving a copy of The Hunter and Other Stories of Men from the publisher for review purposes did not impact the expression of my honest opinions in the review above. 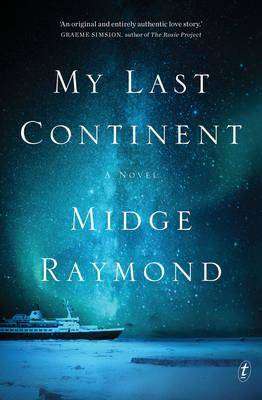