Animal People is a sharply observed 24-hour urban love story that follows Stephen Connolly – a character from Charlotte Wood’s bestselling novel The Children – through one of the worst days of his life. On this stiflingly hot December day, Stephen has decided it’s time to break up with his girlfriend Fiona. He’s 39, aimless and unfulfilled, but without a clue how to make his life better. All he has are his instincts – and they may be his downfall. As he makes his way through the pitiless city and the hours of a single day, Stephen must fend off his demanding family, endure another shift of his dead-end job at the zoo (and an excruciating workplace teambuilding event), face up to Fiona’s aggressive ex-husband and the hysteria of a children’s birthday party that goes terribly wrong.

As an ordinary day develops into an existential crisis, Stephen begins to understand – perhaps too late – that love is not a trap, and only he can free himself.

As much as we all love cracking open a brand new release, here is a timely reminder for us booklovers to set aside time for those gems languishing on our reading wishlists. I mean we went to the trouble of noting down these titles — you’d read multiple rave reviews or just something about the synopsis really struck a chord with you, right?

That wasn’t quite the case for me in respect to Charlotte Wood’s Animal People. Sure, I’d read rave reviews when this novel first came out but the idea of an aimless, unhappy, unfulfilled leading man did not press any buttons for me.

The acres of the day unrolled before him: all the different kinds of disappointment he would be, all the various arenas of his failure.

But then in 2015 I stumbled across a short story by Wood called Nanoparticles in my library’s online catalogue. It was a literary gem. I knew I had to read more from this author, and so that is how Animal People earned a spot on my wishlist.

Four years later, I have finally made time for this highly impactful little novel. The narrative contained spans a single day, and at only 280 pages can also be read in one. You’ll certainly want to read it in a single sitting if you have the luxury of doing so.

Animal People is the literary art form at close to its best. All its components are unassuming in isolation. Even its lead Stephen would prefer to be so… or at least his feelings of social anxiety lead him to think that way. Everything from his morning routine, his observations, actions and human interactions (when he cannot avoid them) at first seem so commonplace. And the prose itself so spare.

Was he the only person to think a bravery medal for a dog was madness? The people at the ceremony clapped and looked tearfully moved. The newsreader did too. Only Stephen and the dog, it seemed, were baffled. Everyone else seemed to think it perfectly normal to lead donkeys and dogs onto battlefields and then pretend those chose it for themselves, fired by patriotic valour.

But with intelligent use of motif and recurring symbolism, Wood quietly develops her characters, thematic resonance and ultimately nailbiting suspense. On multiple occasions the tension is palpable, the reader themselves holding their breath along with Stephen, or hearing his pulse echoing in his ears…

Animal People is about animals and car crashes — literal and metaphorical, big and small. It is darkly comedic and confronting, with life lessons for us all. Poignancy with bite. Highly recommended.

Get your copy of Animal People from:

This review counts towards my participation in the Aussie Author Challenge 2019 and the 2019 Australian Women Writers Challenge.

About the Author, Charlotte Wood

The Australian newspaper has described Charlotte Wood as ‘one of our most original and provocative writers’. She is the author of six novels and two books of non-fiction. Her bestselling novel, The Natural Way of Things, won the 2016 Stella Prize, the Indie Book of the Year and Indie Book Award for Fiction, was joint winner of the Prime Minister’s Literary Award for Fiction, and was published throughout Europe, the United Kingdom and North America.

Animal People, was released in late 2011 to critical acclaim and was long-listed for the Miles Franklin Literary Award. Her earlier novels, the bestseller The Children, The Submerged Cathedral and Pieces of a Girl were shortlisted for various prize including the Miles Franklin Award and regional Commonwealth Writers’ Prize. Her non-fiction books include The Writer’s Room, a collection of interviews with authors about the creative process, and Love & Hunger, a book about cooking. She lives in Sydney with her husband. 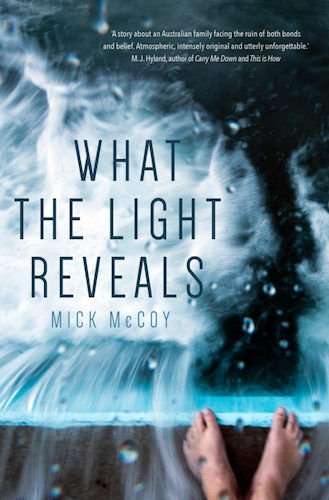