The Night Whistler by Greg Woodland is an absolute ripper Aussie crime thriller, with the heft of history and heart. Definitely one of the best crime novels I’ve read in 2020. Read on for our full review. The summer of 1966–7. Hal and his little brother have just come to live in Moorabool. They’re exploring the creek near their new home when they find the body of a dog.

Not just dead, but killed.

Not just killed, but horribly maimed.

Constable Mick Goodenough, recently demoted from his big-city job as a detective, is also new in town—and one of his dogs has gone missing. Like other pets around the town.

He knows what it means when someone tortures animals to death. They’re practising. So when Hal’s mother starts getting late-night phone calls—a man whistling, then hanging up—Goodenough, alone among the Moorabool cops, takes her seriously. But will that be enough to keep her and her young sons safe?

It is hard to believe that The Night Whistler is a debut novel. Greg Woodland’s experience in screenwriting shines from this text, from effortlessly evocative scene depiction to superb characterisation.

The historical country setting of 1960s Moorabool crackles like the dry grass underfoot, with tension and injustice — racial, gender, domestic and political. Woodland’s efficient focus on pertinent details, whether objects reflective of the time or character, non-verbal cues or even telling absences in discussions, engender a powerful sense of intimacy. And, it is this tension and suspense between both The Night Whistler’s characters and its reader, that reeled me in hook, line and sinker.

⦿  the confronting nature of the crimes involved (if anything will cut through a blunted heart it’s crimes against animals),

⦿  the dark shadows cast by various ghosts from the past,

⦿  the pacing Woodland achieves telling the story from both child and adult perspectives, and

⦿  the trust and relationship that develops between these fallible, crime-fighting underdogs,

which made The Night Whistler a novel I found impossible to put down.

Without giving too much away, in this novel Woodland has also beautifully executed the setup of an atmospheric setting and intriguing ensemble cast worthy of a series. A crime series that I predict will garner many fans.

The Night Whistler by Greg Woodland is an accomplished debut that’s just earned a spot in my Best Books of 2020 list.

Get your copy of The Night Whistler from:

Update: I have also since read his cracking sequel to this novel, The Carnival in Over (2022).

About the Author, Greg Woodland

Greg Woodland is an author, screenwriter and director. Since 2000 he’s worked as a freelance script editor and consultant for film funding bodies and the Australian Writers’ Guild. The Night Whistler is his first novel. 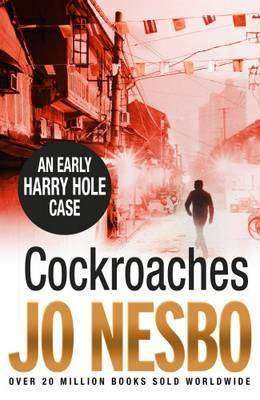