The Beautiful Fall by Hugh Breakey is an engaging and dramatic Aussie romance novel that plumbs uncommon depths. Read my full review.

* Not to be confused with The Beautiful Fall: Lagerfeld, Saint Laurent, and Glorious Excess in 1970s Paris by Alicia Drake.

Every 179 days Robbie forgets everything. He knows this because last time it happened he wrote himself a letter explaining it. The disorientation. The fear. The bizarre circumstances imposed by the rare neurological condition he lives with.

To survive the forgetting—to cope with his recurring loss of identity—Robbie leads a solitary, regimented life. Lives alone. Speaks to no one if he can avoid it. Works to complete a strange herculean task set for him by his former self.

And then, with twelve days left before his next forgetting, Julie invades his life. Young, beautiful—the only woman he can ever remember meeting.

As the hour draws near, Robbie is forced to confront the fact that his past is very different from how he had imagined it. And when Julie reveals her own terrible secret, he must find a way to come to terms with the truth about himself.

The Beautiful Fall is a cinematic, page-turning romance. Both an intriguing puzzle and a compulsively readable love story, it will sweep you away.

Think this sounds like a nice light read? I did, and was wrong. From a Text release, of course I expected a little more substance than Adam Sandler and Drew Barrymore’s 50 First Dates, but was caught off guard by just how deep and meaningful Hugh Breakey manages to dive in The Beautiful Fall.

Read this now. Right now. Don’t even think of going near that door. Not until you know what’s going on. Your name is Robert Penfold. Age 31. The apartment you’re standing in is your home: 116 Dornoch Terrace, Brisbane, Australia.

This evocative opening immediately engages readers in Robbie’s plight. His endearingly candid first-person narrative only amplifies the readers’ awareness of the narrow confines of ‘his life’, a period bounded by amnesiac events. That narrow viewpoint cultivates intrigue and suspense – What doesn’t Robbie know? – as does the implicit countdown to the next forgetting.

And while remaining highly accessible, Breakey’s prose displays an appealing flair, most evident in his descriptions of people and settings.

On our previous walk, we’d headed north towards the city. This time we turned west, following Dornoch Terrace as it snaked its way through the hills towards West End. The day darkened as we walked. This city didn’t do twilight, especially in summer. Night fell like a theatre curtain.

The Beautiful Fall features plenty of light entertainment, those deliciously awkward and heartwarming moments that fuel the rom-com genre. But, it’s not all sunshine and roses, and Breakey (a philosopher) interrogates the bigger questions about love and life – identity, agency, white lies, trust, power and control. And in the context of Robbie’s neurological condition, there are no easy answers and several gut-punch moments for readers.

There were a couple of times when I felt the narrative would have benefitted from a lighter touch, without sacrificing its impact – perceptive readers having already gleaned the point being made. But for the most part, the characters’ emotionally fraught states were plausible given their circumstances. And the obvious parallels to the all-too-common and very real dementia diagnosis… for me, deeply moving.

Hugh Breakey’s The Beautiful Fall is one of the most deeply-considered romantic dramas I have read.

Get your copy of The Beautiful Fall from:

“Easily one of the most creative storylines I’ve encountered, I was intrigued by this book from the beginning… One of my favourite elements of this read was the engaging writing of Robert’s inner dialogue.” – The Local Bookworm

“This genre-bending book is not easily defined but will appeal to those who enjoy books such as Graeme Simsion’s The Rosie Project series. The scenes in this book are quite filmic in quality and I imagine the story would lend itself to such a production. ” – Cass Moriarty

About the Author, Hugh Breakey

Hugh Breakey is an award-winning and widely published philosopher. He has previously worked as a kitchen hand, editor, airport construction worker, theatre director, ethics consultant, pinball repairer, disk jockey, tennis-court builder and university lecturer. Hugh lives in rural Australia with his two children and his wife, novelist and New York Times bestseller, Kylie Scott. Check out his website and connect with him on Facebook.

The Beautiful Fall will be published in Australia, New Zealand and the UK on May 4, 2021, with German, French and Chinese translations soon to follow. 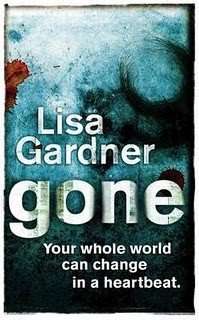