Author Larry Feign joins us to discuss how he came upon the remarkable true story that inspired his new novel The Flower Boat Girl.

Plus, we have a signed paperback copy of The Flower Boat Girl to giveaway – entries open worldwide.

The Flower Boat Girl: A novel based on a true story

Larry Feign on his Pursuit of a Pirate Queen

In 1801, a fisherman’s daughter, sold as a slave to a floating brothel, was kidnapped by the meanest pirate to sail the China Seas and ordered to marry him or die. She fought him tooth and nail, and finally demanded a partnership. Smitten by her wildcat spirit, he agreed. When he died in battle, she took his place and became the most powerful pirate leader in history. Her name was Zheng Yi Sao.

I first learned about her on the docks of a Chinese island, where an old sailor mentioned a folk song his grandmother sang about a fearless lady pirate.

I had to learn more. Yet her legend becomes blurred the closer one looks.

Stories about the Chinese Pirate Queen are all over the Internet, usually with a photo of a pretty girl brandishing a sword—a European sword. Anyway, they didn’t have cameras in 1801.

Some portray her as a crafty brothel owner who partnered with a successful pirate for business reasons. Others describe a merciless Dragon Lady who let nothing come between her and her callous pursuit of wealth. Even her Wikipedia page is a tapestry of contradictory facts and wild speculation. With so many different tales claiming to be true, which do we believe?

I was determined to discover the truth. All right, I was a bit obsessed. I spent eight years immersed in research, gradually piecing together her story like a huge jigsaw puzzle, tossing out pieces that didn’t fit and filling in holes one tiny discovery at a time.

The boat people were the lowest caste in imperial China, despised by land folk. For some the only way out of poverty was to turn to piracy. Others sold their daughters. Which is how thirteen-year-old Shek Yang wound up on a flower boat, the poetic name given to floating houses of prostitution, her involuntary home for the next thirteen years.

She was 26 when she was abducted by Cheng Yat, the pirate godfather of the Pearl River. Entranced by this spirited beauty, Cheng declared her his wife. Though he usually preferred a different bed companion: his handsome teenage male concubine, Po Tsai.

Over the next several years Yang made the best of her situation, gradually becoming the brains behind her husband and transforming a ragtag bandit fleet into a well-oiled criminal enterprise.

Along the way she confronted royalty, was courted by a pirate poet, and became very, very rich.

Then her husband perished in a storm. Yang faced a terrible fate: banishment as a widow, the lowest status among the boat people. Or…well, I don’t want to spoil the whole story.

The author Toni Morrison said: “If there’s a book that you want to read, but it hasn’t been written yet, then you must write it.”

I first set out to write her definitive biography. But the more I learned about Yang, the more I wondered what kind of person she was deep inside. What did she want? What did she dream about? Did she ever find love? She had to be utterly charismatic, able to read men’s souls. She defied everything about traditional women’s roles and got away with it. The only way to write this was as a novel based on the truth.

With the help of my psychologist wife, who is Chinese, I pondered the psychology behind each move and watched Yang come to life in front of me. She lived among thieves and outlaws, nothing to be glorified. But Shek Yang made the best of appalling circumstances, and that makes her human and admirable.

This novel has been my mission, a daunting one, to enable an extraordinary but misunderstood woman to speak for herself, allowing me—and you, dear reader—to peer into a pirate woman’s soul.

South China coast, 1801. Sold as a child to a floating brothel, 26-year-old Yang has finally bought her freedom, only to be kidnapped by a brutal pirate gang and forced to marry their leader.

Dragged through stormy seas and lawless bandit havens, Yang must stay scrappy to survive. She embeds herself in the dark business of piracy, carving out her role against the resistance of powerful pirate leaders and Cheung Po Tsai, her husband’s flamboyant male concubine.

As she is caught between bitter rivals fighting for mastery over the pirates—and for her heart—Yang faces a choice between two things she never dreamed might be hers: power or love.

Based on a true story that has never been fully told until now, The Flower Boat Girl is the tale of a woman who, against all odds, shaped history on her own terms.

“A breathtaking saga of a real-life heroine, so richly alive that the pages seem to breathe.” – Caroline Leavitt, New York Times bestselling author

Get your copy of The Flower Boat Girl from:

About the Author, Larry Feign

Larry Feign is an award-winning writer and artist whose work has appeared in Time, The Economist, Fortune, the New York Times, and other publications. His books have been consistent bestsellers in his home base of Hong Kong, while his ‘Lily Wong’ comic strip was considered a bellwether of life and politics in the territory. He now concentrates on writing historical fiction. The Flower Boat Girl is the first in a planned series of novels based on true stories of pirates in the South China Sea.

Larry has been married for over three decades to the clinical psychologist and author Dr. Cathy Tsang-Feign. In his spare time, he enjoys cycling and playing ukulele, though rarely at the same time. His mother wished he was a doctor. Check out his website: www.larryfeign.com.

Larry Feign is offering a signed paperback copy of The Flower Boat Girl for giveaway. Entries open worldwide, but in the unlikely case of customs duties, these will be the responsibility of the recipient. Entries close midnight 17 July 2021. 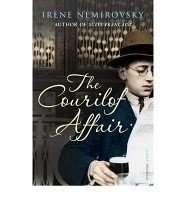