In The Winter Dark Book Synopsis When a man dreams things from the past, you’d think he’d be able to rearrange them in new sequences to please himself. But no. In my dreams, it all happens as it happened, and I see it and be it again and again and the confusion never wears off.

People drift to the valley called the Sink out of loneliness, hardship or an affinity with the land. It is an isolated place, with a swamp and an old white bridge and the forest encroaching from all sides. The solitude is tangible. But when a mysterious creature is suddenly on the loose, killing livestock and preying on everyone’s deepest fears, four inhabitants find themselves unexpectedly in one another’s company – with chilling results.

A lesser-known novella from the bestselling author of Cloudstreet.

I like a good thriller, but I find most suspenseful rather than scary per se. The thrillers I find truly scary are the ones that play on commonplace fears in situations we might all find ourselves in – the ones that really tap into your psyche. In The Winter Dark does just that…

In this novella Tim Winton develops an atmospheric tension and sense of foreboding in a literary style.

I found his imagery startling and was impressed by his ability to pen dialogue. His eclectic troupe of characters are all flawed individuals fighting a battle against unseen (or is it imagined?) forces.

I have these dreams. Dead people, broken people bleed things into you, like there’s some pressure point because they can’t get it out any more, can’t get it told. It’s as though the things which need telling seep across to you in your sleep. Suddenly you have dreams about things that happened to them, not to you, as if it isn’t rough enough holding down your own secrets. I don’t  know how it works — I’m no witch-doctor — but I know I remember things I can’t possibly know. I’m not mad. Not yet.

As you can see, In The Winter Dark is very dark and fuelled by a feeling of impending disaster. While I think Winton developed the suspense and raw scariness very well, there were just a couple of moments in the story that did not quite gel for me as I wanted them to, some paths foreshadowed but not taken. Perhaps that’s all part of the tension – in this case between the author and the reader? Or perhaps I am giving this award-winning author undue credit?

A short and accessible thriller for those with literary leanings, best devoured on a dark and rainy afternoon (just like I did).

Get your copy of In The Winter Dark from:

Did you know… a feature film adaptation of this novella starring Brenda Blethyn, Ray Barrett, Richard Roxburgh and Miranda Otto and directed by James Bogle was released by Goalpost Pictures in 1998. It was nominated for three Australian Film Institute Awards – for Best Actor (Ray Barrett) and Best Supporting Actress (Miranda Otto), and Best Cinematography.

If you like the sound of In The Winter Dark you may also enjoy:
Soon by Lois Murphy  /  Black Light by K A Bedford  /  The Horses by William Lane / Bad Intentions by Karin Fossum  /  Rebecca by Daphne Du Maurier

About the Author, Tim Winton

Tim Winton was born in Perth, Western Australia, but moved at a young age to the small country town of Albany. While a student at Curtin University of Technology, Winton wrote his first novel, An Open Swimmer. It went on to win The Australian/Vogel Literary Award in 1981, and launched his writing career. In fact, he wrote “the best part of three books while at university”. His second book, Shallows, won the Miles Franklin Award in 1984. In The Winter Dark was published in 1988. It wasn’t until Cloudstreet was published in 1991, however, that his career and economic future were cemented.

In 1995 Winton’s novel, The Riders, was shortlisted for the Booker Prize, as was his 2002 book, Dirt Music. Both are currently being adapted for film. He has won many other prizes, including the Miles Franklin Award three times: for Shallows (1984), Cloudstreet (1992) and Dirt Music (2002). Cloudstreet is arguably his best-known work, regularly appearing in lists of Australia’s best-loved novels. His latest novel, released in 2013, is called Eyrie. 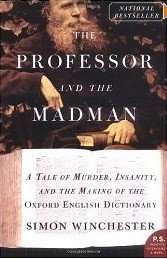