Deborah Levy’s Swimming Home is not so much a book to be enjoyed, but one to be admired in an artistic sense. As he arrives with his family at the villa in the hills above Nice, Joe sees a body in the swimming pool. But the girl is very much alive. She is Kitty Finch: a self-proclaimed botanist with green-painted fingernails, walking naked out of the water and into the heart of their holiday.

Why is she there? What does she want from them all? And why does Joe’s enigmatic wife allow her to remain?

A subversively brilliant study of love, Swimming Home reveals how the most devastating secrets are the ones we keep from ourselves.

From the confronting opening lines of Swimming Home author Deborah Levy makes it quite clear to her audience that ‘a car crash of sorts’ will be played out in front of them. Just who the victim(s) will be and how violence will befall them is obscured by a shroud of simmering tensions fuelled by scarring from acts perpetrated long ago.

An overt character study, in Swimming Home Levy skillfully brings to the foreground the duplicity of each and every character – all are linked in some way, all have secrets and all are performing an act to the world. Generally an unlikeable bunch, rather than dealing with their own problems they either isolate themselves or when they do interact those close to them bear the brunt of their unhappiness.

In setting the darker subject matter within an idealised relaxed setting Levy has produced a level of dramatic intensity that I found uncommonly unsettling.

Levy’s literary prose is the shining light in this slim novel – introspective and gloriously descriptive, there is something almost tangible about it, and I suggest what earned it a place on the Man Booker Prize 2012 short-list.

Standing next to Kitty Finch was like being near a cork that had just popped out of a bottle – the first pop when gases seem to escape and everything is sprinkled for one second with something intoxicating.

I listened to this title in the audio narrated by Juliet Aubrey. Although Aubrey’s breathy performance evoked the intended conspiratorial tone of the narration, from a practical standpoint I found it difficult to listen to when there was background noise – listen to an audio sample.

Very dark and melancholic with characters that are intriguing but difficult to connect with, I think Swimming Home is not so much a book to be enjoyed, but one to be admired in an artistic sense.

Get your copy of Swimming Home from: About the Author, Deborah Levy

Deborah Levy (born 1959 in South Africa) is a British playwright, novelist, and poet.

Her work has been staged by the Royal Shakespeare Company and she is the author of novels including Black Vodka, Billy and Girl, Pillow Talk in Europe and Other Places and Beautiful Mutants and the Booker-shortlisted Swimming Home. 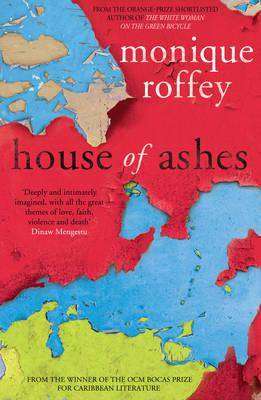