In support of the AUSSIE AUTHOR READING CHALLENGE I’m hosting in 2010 (sign-up here) I will be posting a series of articles highlighting great Aussie Authors and their books you may be interested in. Today I’m putting the spotlight on DAVID MALOUF.
David Malouf was born in Brisbane, Australia in 1934, of Lebanese and Spanish parents. He studied at Brisbane Grammar and then Queensland University before travelling to Europe and Britain. Malouf worked as a teacher for some time in England and then returned to Australia in 1968, to teach at the University of Sydney.

He was first known for his poetry collections, Bicycle and Other Poems (1970) and Neighbours in a

His first ever novel Johnno

, the semi-autobiographical story of a young man growing up in Brisbane during World War II

1978 saw the release of the Malouf’s second novel, An Imaginary Life

In the first century A.D., Publius Ovidius Naso, the most urbane and irreverent poet of imperial Rome, was banished to a remote village on the edge of the Black Sea. From these sparse facts, Malouf has fashioned an audacious and supremely moving novel. Marooned on the edge of the known world, exiled from his native tongue, Ovid depends on the kindness of barbarians who impale their dead and converse with the spirit world.Then he becomes the guardian of a still more savage creature, a feral child who has grown up among deer. What ensues is a luminous encounter between civilization and nature, as enacted by a poet who once cataloged the treacheries of love and a boy who slowly learns how to give it.

Praise for ‘An Imaginary Life’ : “A work of unusual intelligence and imagination, full of surprising images and insights…One of those rare books you end up underlining and copying out into notebooks and reading out loud to friends.”–The New York Times Book Review

He then won The Age Book of the Year fiction prize in 1982 for his novella, Fly Away Peter, about three acquaintances and their experience of World War I.

Commonwealth Prize for Fiction and the Prix Fémina Etranger in France for this title also.

For the two men in this novel, war was supposed to be a testing ground. But it proved to be an ordeal of a different kind. Spanning 70 years of Australian life, from Sydney’s Cross to the backwaters of the Hawkesbury River, this is a novel of lost innocence and witness. 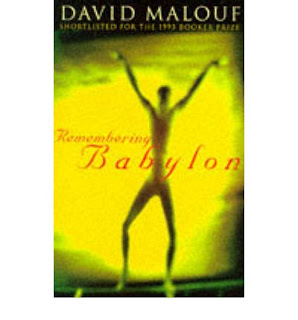 (1993) is set in northern Australia during the 1850s amid a community of Scottish immigrant farmers whose isolated existence is threatened by the arrival of a stranger, a young white man raised from boyhood by Indigenous Australians.
Other awards for this novel included the Commonwealth Writers’ Prize (South East Asia and South Pacific Region, Best Book) and the first International IMPAC Dublin Literary Award.
Other recent novels from Malouf include The Conversations at Curlow Creek

(2007). (Follow title links to Amazon for more information on each title.)

and for Baa Baa Black Sheep, and in 1988 wrote the play Blood Relations.
Malouf has been a stalwart of Australian literature:

Despite all his success over four decades, Malouf remains very humble. His thoughts on being a writer:

In an interview with the Weekend Australian Magazine in July 2008, Malouf said:

“I knew that the world around you is only uninteresting if you can’t see what is really going on. The place you come from is always the most exotic place you’ll ever encounter because it is the only place where you recognise how many secrets and mysteries there are in people’s lives”.

See this link for video of David Malouf’s speech on Australian culture and writing at the Mildura Writer’s Festival in
2008. 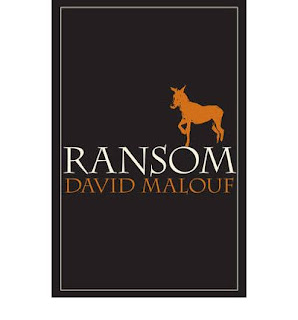 What happens when a young prince falls in battle and his body is spirited away to be desecrated and dishonoured? His death is the battle price of another young man’s death, but what price dishonour and a father’s grief? In this exquisite gem of a novel, David Malouf shines new light on Homer’s “Iliad”, adding twists and reflections, as well as flashes of earthy humour, to surprise and enchant. His version opens with Achilles, maddened by grief at the death of his friend Patroclus. From the walls of Troy, King Priam watches the body of his son Hector being dragged behind Achilles’ chariot. There must be a way, he thinks, of reclaiming the body – of pitting compromise against heroics, new ways against the old, and of forcing the hand of fate. Dressed simply and in a cart pulled by a mule, an old man sets off for the Greek camp… Lyrical, immediate and heartbreaking, Malouf’s fable engraves the epic themes of the Trojan war onto a perfect miniature – themes of war and heroics, hubris and humanity, chance and fate, the bonds between soldiers, fathers and sons, all newly burnished and brilliantly recast for our times.

“Lithe, graceful . . . Deeply moving . . . Nothing short of magical. Malouf’s prose is delicate, marvellously alert to the natural world and endowed with a quality that has one name only: wisdom.”
—Sydney Morning Herald

“Fiction, in Malouf’s hands, becomes the art of rendering the world coherent. For this we must be grateful.” —The Australian Literary Review

* I haven’t read a Malouf title yet myself, but I have my eye on An Imaginary Life…